Handling Criticism: Tried and Tested Ways to Shut Your Critics Up 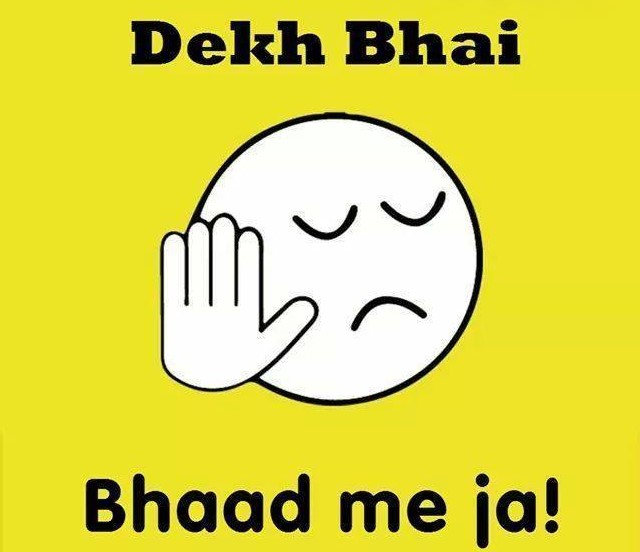 “Cheap, Idiotic, Useless, Immature, Fake, Has no Content, Gas, Sentimental, Flirt, Talks a LOT” – Some of the adjectives that were used by people for me between my age 20 & 35. And by a total of some 200 people spread across those years. If I were to have let my FORCE die down because of those few hundred who had no idea why I did what I did; – I would not have MET the next lot of million people who have today made me who I am by believing in my ways of life! Handling criticism is a necessary skill – because you will find critics everywhere; home, office and even bedroom 😉

Let me try and put this in business style. Besides being a Motivational Speaker & Corporate Trainer; I also am a businessman. If 50 people object to something that I write and say in my Events – then I make sure that a 1000 feel good about it and a 100 benefit out of it. It is pure business with calculated risks and returns. Besides, who could make everyone happy in life? Even prophets who walked this earth could not. I am a mere mortal human being. If I were to actually try to make everyone happy – I would get exhausted doing that & will never ever have time to do things that make me happy. I would become so very boring too which I choose not to be- in my only life.

‘Chetan Bhagat writes bad literature’ was the FB status of a BSc (Botany) student who I am sure would himself have read ‘Chacha Chaudhary Comics’ as the biggest & entire fiction/ literature in his entire life. People can have any reason to fling criticism. Sometimes old enmity or wide-spread perceptions (e.g. Rohit Sharma sucks or some other famous Sharma doesn’t suck) or sometimes even the mother-in-law of Star Plus enters their body (like Maata aa gayi) & they just want to criticize (as their first habit & reaction). 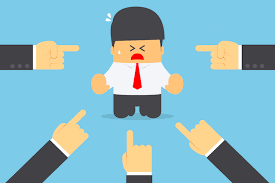 You see, we are a CondemNation – always ready to Condemn at the drop of a hat. We love controversies. If there isn’t one, we create one! Does it not happen like this that whenever we are driving; the person who drives faster than us is a maniac and the one who is slow is boring. We just love destructive criticism. Since we are the doers, we should also learn how to be sporty receivers i.e. master the art of handling criticism positively.

An ex-girlfriend’s sister found my OWN PERSONAL views on my own FB profile about some famous celebrity marriage ridiculous because I failed to marry her sister 13 years back. Tell me – how is her opinion going to make any difference whatsoever in my life or that of the celebrity couple? Should have I waste my energy trying to tell myself – “How could she talk like that with me!”? And wrestled with her like a pig in the FB message window. It is so easy and tempting to become Geeta & Babeeta even if your baapu is not Phogat.

And don’t even get me started on relatives & neighbors – the only people more worried than you about your relationships, marriage, career, income, FB pictures and future! If you start taking their criticism to heart, then you probably deserve to not be anywhere within 100 miles of your dreams! 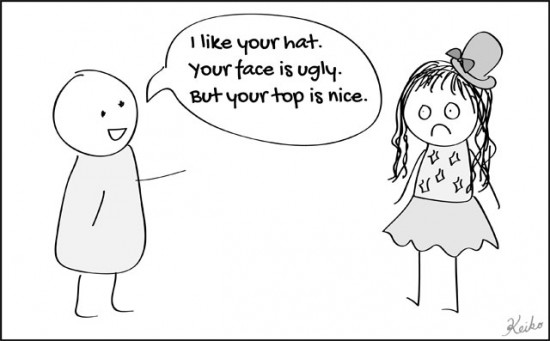 I believe I am I better off inspiring my believers than to keep on worrying about my critics. And trust me; I am having too much fun along. Right now also, few of you are critiquing this blog & saying random and opinionated things in your mind. Carry on baby!

Because the philosophy ‘Bhaad mein jaaye duniya; Main bajaaonga apna Harmonium” has worked for me in last 15 yrs and I choose to keep on letting it work further.

See it is simple – ‘If you have a reasonable amount of competence in any field; you become vulnerable to criticism. In fact, if in the recent past- if you have not faced criticism; maybe you are playing your life game too securely and boringly’. The cute thing about ‘Criticism’ is that it will happen the other way around too i.e. even if you do not demonstrate a skill set – you’ll be criticized for not having the same. The sooner you learn how to deal with your critics, the better off you will be.

These critics are strewn like landmines. They ARE there; wherever you step on. Normally what criticism does to us is that it precipitates the unwanted brownian movement of our thoughts. At times the problem might become severe and it may lead to a ‘Though Attack’.  Read next-

“Once when the Buddha was teaching a group of people, he found himself on the receiving end of a fierce outburst of abuse from a bystander, who was very angry for some reason. 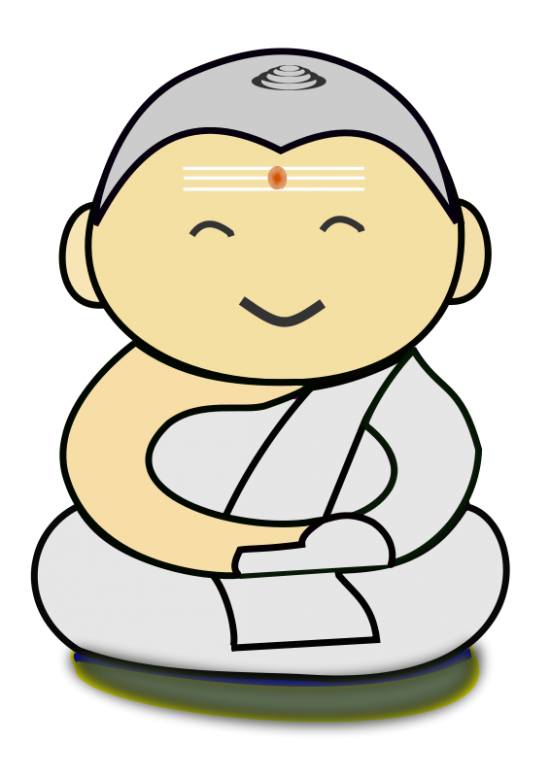 The Buddha listened patiently while the stranger vented his rage, and then the Buddha said to the group and to the stranger, “If someone gives you a gift and you choose to decline it, tell me, who would then own the gift? The giver or you who refuses to accept the gift?”

“The giver,” said the group after a little thought. “Any fool can see that!” added the angry stranger.

“Then it follows, does it not,” said the Buddha, “Whenever a person tries to abuse us, or to unload their anger / vehemence / criticism on us, we can each choose to decline or to accept the critique. If we believe it will help us, we can make a choice. But it is always our choice – who owns and keeps the bad feelings!”

Though this story is on how to deal with someone else’s wrongful anger, misdirected at you, I believe it is equally relevant when it comes to dealing with criticism. You can choose what to keep and what not to keep.

The ‘weak’ are made to feel more weak i.e. they get / feel exploited more when criticism happens. That’s the way of the world- modern or ancient – it has always been like this. ‘Weak & Strong’ is ALL in the mind. What is your weakness often can become your biggest strength (with a valiant effort)! So, why not become fearless!

The only thing you need to worry about is your own ‘things to do’. That’s a much more productive use of your time. One of the many reasons why Sachin Tendulkar could do so well in his life is because of his habit to not to react to people / controversies. He saves his energy. I see a lesson here!

You can’t spend your life worrying about the petty feelings of others. It’s actually a compliment to be mocked for being different. They never pick on the mediocre! People will throw lit matchsticks at you. It is up to you whether you want to catch fire or not.If people are talking behind your back – it simply means – ‘You are ahead of them’. That’s a good thing right?

Have you ever thought why destructive criticism happens so often?

I think, the actual reason 90% of the criticism you see around is destructive because a lot of people think – ‘how could he be in limelight and not me’! People like to bring up your past, when your present and future look better than theirs.Don’t worry about such people. I have started finding them cute with time and have developed an eye to spot them early. All I do is to seriously avoid them. Be it neighbors, relatives or old classmates or colleagues.

The higher we soar, the smaller we appear to people below. We discuss people; maybe because we just cannot be HEROES ourselves – so we find villains around.

Remember – A young person’s life has two broad chapters; One when people laugh at him for his over enthusiasm, zeal, newness, innovation, determination. The second when people admire him for the same reasons. So! Don’t let your enthusiasm get diffused; the second stage is coming soon. It comes to different people at different times. You just need to hang on to your right ideas and beliefs (even if they are extreme at times). Handling criticism at work or in life should be done positively and gracefully – and the best way to do that is to “lage raho”. 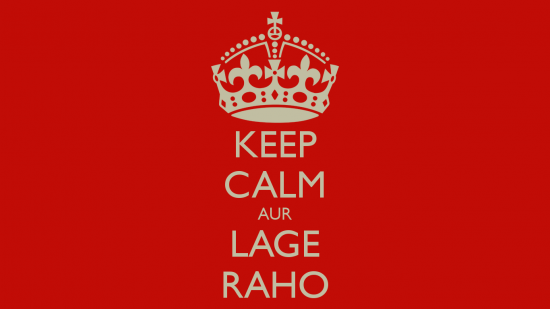 One day you too shall see more worlds and then criticize / mock those who are lesser exposed. So why feel bad when someone does the same to you? Believe in journeying the world more and progressing more to become ‘competent’ more to handle ‘criticism’ well.

Here’s a beautiful line from the movie, ‘The Pursuit of Happiness‘ (watch it if you haven’t, yet):

“You got a dream, you got to protect it.  People can’t do something themselves, they want to tell you that you can’t do it. You want something? Go get it.”

Today – subtract everything that lowers your confidence. Take your lessons but do not let your confidence get lowered. You are special. You are different. People want to pull you down to their levels because you are not like them. And when you become like them – it would be so boring.

The best way to shut your critics up is to become super awesome in your own life. And get so far ahead in life that they find it difficult to chase you then. That would be ONE cute revenge. Take it 🙂