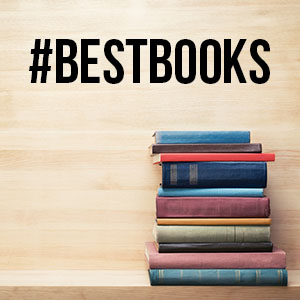 Your chances of doing ‘FANTASTIC’ in this modern world increase multi-fold; if you adopt the ‘3R’ approach. ‘3R’ is — ‘Running, Reading and Relaxing’. As a Motivational Speaker , one tip I have consistently given to my audiences, especially young people and their parents is – 3 most crucial habits for a wholesome life are – 1) habit of being physically and mentally fit, 2) a great reading habit and 3) a love for travel. Trust me, it takes care of a lot of things. And that’s why, I have put together this list of fantastic books for you. Because, whether you accept it or not – reading is an awesome habit (if one could develop it right)!

Let me start with the last ‘R’ i.e. Relaxing. If your mind is not relaxed; I mean, if it is always involved in trivial issues- you will never get a good productivity, out of your day. So, learn to rise above superficial issues in life — as people issues, small stuff etc. (Here are 10 Simple Ways to Relax Your Mind)

‘Running’ — leads to an energy reservoir within you. Moreover, the old saying — ‘A healthy body leads to a healthy mind’. You need energy for everything in your life. All successful people are / have been energetic. Can you recall the name of even a single successful person who was lazy and less energetic? No..naa !! So, Run and run hard. At least , for half an hour in a day — 7 days a week.

‘Reading’, builds 1) smartness and 2) perspectives in life. Try doing it — you’ll understand, what I wrote. It is a habit. We are nothing, but creatures of our own habits. The better habits we have, the better we become. Reading will give you that notorious confidence to 1) understand and 2) live life better. Our problem is not that we are ‘poor’ readers; it is that we are ‘inefficient readers’. Smart Reading doesn’t take much time to do. If you are still not convinced, here are some 100+ answers on the question ‘Why Reading is Important?’. And if you are worried that you have will power issues when it comes to sticking with a book till the end, here’s something that might help you: 5 Ways You can Develop Unlimited Will Power

I am putting up a list of fantastic books below. They are categorized into genres so that you can straight away go through what you enjoy most. All are eclectically chosen, keeping ‘you’ in mind. Almost all the recommendations have been made out of my personal reading experience or from the experiences of some of my very close friends who themselves are very good readers.

The intent is bi-fold:

1) Exposing your mind to a variegated genre of reading

2) Get you addicted into reading as a habit; which in the long run will make you a better human being.

You’ll not only enjoy reading them; but also be able to build your mental muscles.

“Be a disparate reader. Be a ravenous reader. More importantly — BE A READER.”

PHILOSOPHY AND/ OR PSYCHOLOGY AND/OR SOCIOLOGY :-

It’s time when you stop making excuses. In the world of extremes that exist on social media, or your addiction with cat GIFs or stupid memes, a book can be a breath of fresh air. This list of fantastic books would be of no good if  you keep allowing yourself to be tempted by distractions like sitcoms and television series’. Today, pick up that book and smell the beautiful smell it has. There is so much awesomeness remaining to be discovered in the thoughts of hundreds of authors who had the courage to share their stories. If a paperback is too much for you, pick up a kindle; even more convenient. But please do read!

I have also put together a list of Best Inspirational Movies to Motivate the Self, if you are looking for one. And a few Motivational Videos to Super Charge your Confidence 🙂

I really hope you catch hold of the reading bug. Do give your suggestions in the comments below!