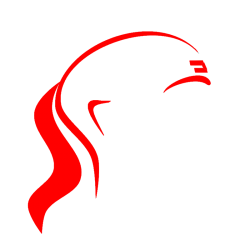 This is the second of the two posts on ‘Chanakya Neeti’ (Part I is Here). Chanakya is one of my favorite Management Gurus. What insight that man had, hundreds of years ago! Most of the life lessons from Chanakya Neeti, written in the Arthashastra are very much relevant in today’s times as well. I have tried to make the learning more contemporary in its appeal by adding examples from your day to day living. You must read it ;  ’only’  when at leisure….

7) Never make friends with people who are above or below you in status. Such friendships will never give you happiness.

Chanakya said it ages ago & I am awestruck at the growing relevance of this truism these days. The world has a paradigm order if observed carefully. People are at different levels; classified on a lot of basis as money, knowledge, caste, religion & even inclinations.

If you observe closely, miscegenation of any kind / any relationship would only fall a cropper over a period of time. Such ‘togetherness’ succeeds most in Bollywood movies alone. Even there, they have learnt a lesson. The most important thing to consider is equality in mental status. If two people are on the same mental plane, understanding gets better and happiness comes easier. Else, most of the times, it is ego clashes, misunderstandings, problems and what not.

Sadly, people think about everything other than mental state when entering into friendships. Money, caste, religion etc. are common. Like mindedness is often not the case!

Read more on Relationships and Emotions.

8 ) If you get to learn something even from the worst of enemies; do not hesitate

There is not one being created by God, who does not have something to teach us. Friends, family, and the people we know- they definitely have something in store for the lessons we learn from life. But, even lowly creatures, animals, enemies- they teach us something or the other. We just need to grasp the lesson. How does it matter if you like the person or not? If he helps you learn something, just grab the chance. The life lessons from Chanakya Neeti also won’t work, if for e.g. you don’t like me and hence can’t tolerate a word of what I say, no matter how right I would be. Don’t cloud your judgments with the veil of your fickle emotions! This is one life only.

And, loosing an opportunity to learn something in life is like loosing a chance to live a better life.A deceitful friend will teach you the value of trust and patience before believing people. Even an ass has three lessons for every so called intellectual human being: 1) although an ass is tired, he continues to carry his burden. 2) He is unmindful of heat and cold and 3) is always contended and dedicated towards his duty.

9) He who befriends a man whose conduct is vicious, whose vision impure, and  who is notoriously crooked, is rapidly ruined.

I remember a newspaper coverage which might help explain this: a lower middle class man with a wife and a daughter. The husband always wanted to make it big. He had this friend who had all the above attributes- vicious, impure vision and crooked. His wife never liked the man and had apparently warned her husband to keep safe distance. The man knew everything himself but did not stop for he wanted to make money with his friend and was eyeing a partnership. Things got better financially. But one day, his friend got the chance to finally carry out his original plan, for which he had helped the man in the first place. He barged into his house when he wasn’t there and tried to assault his wife. His daughter and wife both got hurt in the struggle they had to make to escape the snake in disguise. The man learnt his lesson the hard way.

More often than not, these kinds of people befriend you for a reason. Make sure you don’t fall into the trap and make yourself go through the same hardships. Staying away from such vices is the option to be exercised before it’s too late to save yourself from the ruins.

10)  Avoid him who talks sweetly before you but tries to ruin you behind your back,  for he is like a pitcher of poison with milk on top.

There are many people around who sugarcoat their words for you. They are foes in the veneer of friends; speaking all sweet words that will seem so nice to listen to. If you need an example, just watch one of Ekta Kapoor’s ‘saas-bahu’ sagas. They are filled with such characters only.

One tip to recognize and differentiate between the real and fake: the one who is your real friend, will talk sweet but point out your mistakes as well. He/ she will not blindly like everything you say or do and / or support you even in wrong. He/ she will try to reason with you when you feel apprehensive about the other people in your life, try to push you towards your family and friends and not away from them.

On the other hand, a fake one who harbors cruel intentions will simply do the opposite. He will slowly make you drift away from people and then carry out his plans. Poison being very soluble in all substances, it becomes impossible to separate. So, throw away the pitcher before you knowingly drink the poison along with the milk.

11) As soon as the fear approaches near; attack and destroy it

It is very true: courage is the quality that makes possibilities and opportunities visible. Fear hides a lot of things from us- our abilities, our confidence, our strength to act. It creates a blindfold and prevents from seeing the actual. Remember always, fear is a dark room where only negatives can be developed and what will you do with the negatives if you don’t have the real pictures in your hands? Whenever you feel that something makes you afraid, wage a war on that something. 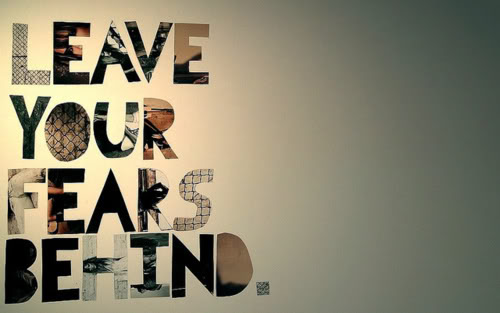 Never let your fears take control of you because when we fear something, we give it immense power over us. Anything which you resist – will persist. I remember reading a chapter during the school days: the author had become hydrophobic after a near death experience at the swimming pool and it was a narration of how he overcame his fear by learning how to swim. More often than not, fear is nothing but false evidence appearing real: something that is false can be conquered easily if we attack it with right weapons. And those weapons are faith and confidence. Feed your faith and your fears will starve to death. And to learn to how to destroy your fears -marks the beginning of learning- ‘life long wisdom’.

Here’s a TED Talk by Karen Thompson Walker on what Fear can teach us!

12) A person should not be too honest. Just as straight trees are chopped-down  first,honest people are taken advantage of first.

This one is much more relevant in today’s times, as in any other time. The saying: ‘honesty is the best policy’ does hold true but only when you know where to be honest and to whom to be honest to. Else, the world is a difficult place to survive in. The world need not know everything about you. Deception comes very easy to certain people when you conduct yourself and your family affairs or financial matters as an open book. An honest man will never misuse your honesty. But a dishonest one will never loose an opportunity to misuse your honesty.

It does not, for even once, mean that you should not be honest. Rather, it means, be honest but know how to protect your roots from getting chopped off because of your honesty. Standing too straight might become a problem at times. Bending a little is good, when it comes to certain things. Be like grass on the ground when it is too stormy. Huge trees do not survive the ferocious winds. Select the storms you wish to/ have to fight. Not all are worth it.

A huge part of my work as a Motivational Speaker involves writing. I have been blogging for a long time now. I have written extensively on Motivation & Living Life Better, Careers, Spirituality and other topics which I am generally questioned on during my Talks. Do go through them, in case you are looking for answers. If mine can help you, I will be very grateful!

Hope these life lessons from Chanakya Neeti helps you find answers / take you out of places you are uselessly stuck in life. Do try to delve deeper into Indian philosophies. They are a powerhouse of wisdom, to say the least!