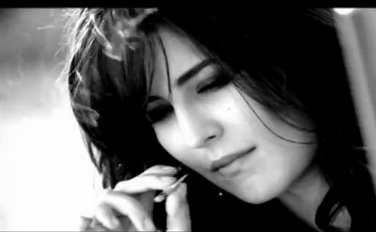 I am very sure this blogpost is going to disappoint one community – the residents of e.g. ‘XYZ  Boys Hostel for Engineers’ who started reading this- hoping it to be a violent act of ‘Imagineering’ with pics from the movie as the name of the post.

I am sorry! I am writing this post under utter helplessness at the way our media has morphed especially in the last 6 months or so. My 6 year old boy just called my neighbor’s daughter — ‘Oye ! Junglee Jawani’ . Not his fault — as he just returned from the movie- ‘Rockstar’.

Am I REALLY getting older, boring and paternalistic?

Hmmm ! NO … After a lot of thought about my own Jawaani 🙂 Just some years back- it used to take rain and lightning for accidental sex  to happen in a movie (This sex had 100% pregnancy rate). These days- rain falls after ‘Sex’ . The frequency of sex scenes is the same as the speed / frequency of an advt in KBC. SEX used to be an accident previously; now sex can happen even after a proper road accident with a song playing in the background. Infact these days ,songs are also not required  🙂 .   Hamaari generation ne ‘A lot can happen over a Coffee’ waali baat ko dil se lagaa liyaa hai !! The average age when a child realizes that -‘Babies do not come via Bhagwaan ji to Hospitals to Home ‘ has come down drastically.

The biggest impact on the sociology of a mediumly emotionally competent nation as ours has been Bollywood — for decades now. It used to very silently mutate our thought patterns for many many years. Not now ! The speed now is DHOOM-3. The producers of the movies- it seems have cracked the code recently. They know that the largest India is living under the age 25. Never before did I see a bold display of ‘posteriors of women’ in a kids movie as Ra.One or the leading lady patronizing being ‘Anti-establishment kinds’ so firmly. Katrina’s (in Mere brother ki Dulhan) doing Alcohol / Bidi and smashing the policemen is shown as something regularly chic and something which will get her the love of the most handsome men around. Movies today are full of taboo words and the Vocabulary of school kids needs no dictionary to know the meanings. Maa-Behen is the flavour of the season…

Young minds are the rawest minds. An ‘Art of Living’ course / ISKCON temples / Raja Yoga meditations are never so much going to make an impact on the societal young minds; as a movie as ‘Delhi-Belly’. Mr Ranbir Kapoor in Jim Morrison style shows his middle finger to a packed crowd in a recent movie . No marks for guessing- ‘At how many places of youth- will this get enacted by the youth’; as silently our boys and girls enact the sub surface body language of actors / actresses.  This is because ‘our minds attract negativity more than they attract positivity’. What our movies depict becomes the fashion of times- be it the dialogues, or the dresses (or hardly dresses) or even the audacity to being so carelessly infidel.

SEX has breezed out of the FOUR WALL BEDROOMS…Seeing so much ‘SEX’ around on the screens ; will any young person wait till the age 25/26 to get physical ? NO ! especially when the modern means of communication have made depicting myriad emotions so ‘easily possible’. And that sex has taken such weird VIRTUAL and VICARIOUS forms. The ‘parent’ kind of controllers of all this are so much themselves busy and confused in accepting all this that — they end up remaining mute spectators. And if they try to oppose/warn, they become ‘Balwant Rai’s’ for our young aggressive ‘Sunny Deols’.

STDs, Emotional diseases, Relationship cobwebs are just a tip of the volcano of confusion that we are placing our society onto. By showing all this to the people between 12-25 ; imagine how much compressed we make them feel; if they themselves are not able to create for them a point of catharsis. Girls these days look so Adobe Photoshopish while they so much try to copy their role models in cinemas. Boys (who look Bodyguards more)— when they carry such girls with them in Malls / Theatres — both of them look nothing short of a ‘Dusshehra ki Jhanki’.

And after all this; we want our kids to be focused. After ourselves inventing so many aspects of life — which at their locus ooze — ‘Confusion/ Swaad / Chaskas’ — we wish that our children be like us. They cant be.

Why have they stopped making ‘Chak De’ / Lakshya / Taare Zameen Par / Lagaan/ Swades kind of movies in the last few years? They did equal business. Or are we becoming so desperate to meet our ‘instantly gratifying kind of agendas’. Are we heading toward “THE WANNABE COUNTRY ” ?

My work gets me to do Student and Teacher training programs at some of India’s best schools. Just ever closely listen to the kids talking in recess- you’ll know ‘what I am saying’. We are feeling bankrupt — when it is coming to giving our kids some ‘Role Models’. All they have to look upto/down at are MODELS..:) A Deepika dating 2 men publicly before being accepted by another rich one is being considered a style. A Ranbeer or a Shahid having public break ups is considered as a qualifying sign for being considered hot enough. Almost 365 days of Cricket (some of it as frenzied IPL), 24 hrs of Music Channels, Movie Channels makes me wonder — are we leaving any scope for the young minds to be ever at rest. When was the last time you put on your TV, switched channels and dint see a scantily clothed lady/man or heard a beep – a red bikini lady gets out of the sea to advertise for “cement ” – “vishwas hai, isme kuch khaas hai “- how many of us will actually construct our house with such “cement “. We still have the most beautiful ads showing the eternal mother- child relationship in Cadbury / Raymond’s. Are we giving more value to nudity than emotions ? We have even gone to the extent of allowing Mandira Bedi giving expert cricket comments in her almost lingerie-ful noodle strapped sarees. Mr Prime Minister — we need reforms in the Media too. For our country has failed to generate idol politicians to capture the imagination of the youth. Corruption was never less that now we are heading to vulgarity. Where is the country going ? At least govern / regulate closely and properly — what is wrongly regulating their minds. Charity begins at home. Can not the moms swap the stupidly melodramatic serials for a good English News Channel?

Our country is the land of Vedas, Yoga and values. Your unbridled and wanton media is interfering with the young minds to get their ‘Haq’ (Right). ). SANSANI KHABAR doesn’t make my Son’s future any Sunny.. Lest we shout — ‘Saada Haq- Aithay Rakh’ ; one day- please do something. Trust me — a right move here — can win any party the next general election. An Idea 🙂

But I know you will not do anything. You are just not influenced by our movies. Else seeing the ‘public declaration of assets’ by our heroines- you politicians shall have also copied and done the same to with your financial assets. Mr Prime Minister please do bail out  someone as Mr Vijay Maalya – who has billions in Liquor, F1, IPL and yachts ; but do not forget to also bail out ‘Our almost nude Media’.

Hmm ! Let us see next how dirty does Vidya Balan get the next Friday in the ‘Dirty Picture’…   and whether my son says to my neighbor’s daughter after that ” ladki tu hai bari bombat ” or it could get the other way round 🙂 with she singing —‘ o la la o la la, tu hai meri phantasiii!!’