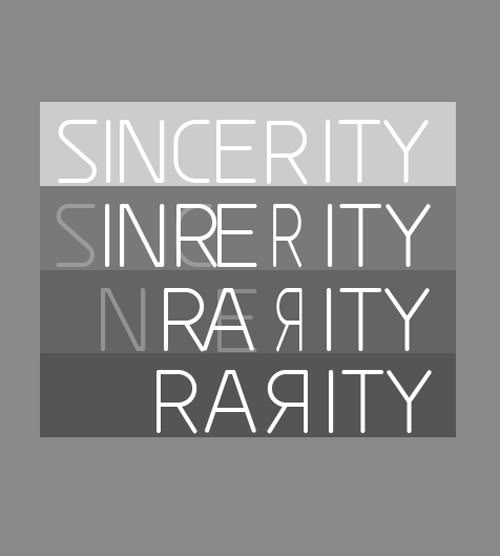 Chanakya, also identified as Kautilya or Vishnugupta, is a famous Indian scholar known for writing Arthashastra – the epic, the Bible for Corporate strategy and Management in ancient India. Hence, he is aptly also known as the Management Guru of ancient India. I have picked up 12 of his best, most valuable management lessons from Chanakya Neeti for the blog. Trust me, they will also help uplift the the self. I have tried to make the learning more contemporary in its appeal by adding examples from your day to day living. You must read it ;  ‘only’  when at leisure….

1) Even if a snake is not poisonous, it should pretend to be venomous.

There is this small story which was narrated to me by my mother. It makes absolute sense in today’s world & to the ways of living in here. Once there was a snake. The snake was bad, as it used to bite almost everyone coming its way.The village children and villagers were very afraid of going out in the dark. Once a saint was passing by that village & saw that bad snake almost about to bite a child. The saint raised his voice at the snake & warned that should he not leave this nature of his; he shall be cursed forever. The snake promised that from then onwards it shall not bite anyone.

Time passed. After a few months, when the same saint passes by the same village; he sees the village kids playing with the same snake. He sees that the village boys have almost beaten the snake into a pulp. The snake looks at the saint with a blaming eye & explains him that it is because of that promise only that he is in such a state. The saint tells the snake – ‘I had told you not to bite. I had not stopped you from pretending to be venomous / showing your fangs’.

It is important that in the present day’s world order- you keep some nuisance value else even children might stampede your feelings. You should not be vulnerable and very much malleable and ductile so that anyone can get away with you. Your truth should be known to you. Make your fangs visible to the world. They need not know whether you have poison in them. It is basic survival instinct.

This is the beauty of Arthashastra! The management lessons from Chanakya Neeti are not condescending, nor do they ask you to be Raja Harishchandra. They give you survival skills, basic. Doable.

Always ask yourself this question- ‘What is the interest of this person; while he is getting closer’. I am not saying that you be a thorough cynic. But it is important to be part cynic while you are looking to be a very good manager of your life & the relationships in it. It is good to be cautious once in a while. The essence is: we look for something in every relationship that we share. So, you must be prepared if your friend asks you for something in return. Particularly those at the top positions in life need to remember this. Most of your friends around will want you to do something for them in return for their presence in your life.

And it is okay. For, you are probably not the most selfless person to walk on earth either. Besides, every relationship is a give and take. What is important is – you be honest about it. And a way around this seeming selfishness is – you be a genuine friend, despite your needs. Find friends who would be okay knowing you did everything you could, find friends who seek help when needed but are also ready to reciprocate the courtesy!

3) The biggest guru-mantra is: Never share your secrets with anybody. It will destroy you.

The funda is simple: ‘If you cannot keep a secret- How do you expect the other person to keep it’. In B-Schools/ offices / kitty party circles etc. people are just reacting in rarefied atmospheres. Science says that gases react more in such an atmosphere. What it leads to is- ‘People changing loyalties very fast to gain acceptability’.

Think about it from a business house perspective. Who was with you yesterday might change parties and be with someone else for his own benefit. What if he spills the beans on you and gives up on some of your secrets? It will be catastrophic for you and your business. Hence sharing secrets might become perilous. Even when you trust someone very trustworthy, exercising caution is always advisable.

An egoist loves to be respected, a mad man loves to act crazy and a wise man realizes truth to be the most important thing. An egoist will never understand your point of view because his ego is his highest prerogative. You can win him over only by scaling down your ego and trying respect for a change. Ego clashes will take you nowhere in life.

As far as a mad man is concerned, insanity in life and its ways is his way of doing things. He is tame when he is with insane people or behaving crazy. So give him the freedom to be himself if you want to win him over. And, a wise person is wise. He understands the value and importance of truth. Give him truth and he is yours to work with. Try doing anything else with any of the above three; you’ll only end up burning your fingers/ egos & more importantly time.

The important lesson behind this Chanakya Chant is simple – let people be, the way they are. If you try to change them so that you can be with them, you will soon face retaliation. It won’t work out the way you want.

In face, being a Motivational Speaker I have learned this the hard way that people don’t change just because you think they should. They only change when there is no other option. When I am sharing management lessons from Chanakya Neeti with my audiences, this is one of my got-to points. People need to be seen as package deals. That’s the secret to Managing people.

5) Once you start working on something, don’t be afraid of failure and don’t abandon it. People who work sincerely are the happiest.

Most people fail – because they just do not carry on.   Most of my friends in their early 30s purchased Tread Mills; but ironically almost all of these running machines get used for drying the children’s clothes on a rainy day outside. Most join Gymnasiums – pay hefty monies – then do not go to exercise. So many make resolutions about health, work, relationships, eating habits & then renege.

We just fail to carry on. The tenacity goes missing after a few days only. People who do well have the words – ‘Lage Raho’ ; as the screensaver of their minds after taking resolutions. Paint boldly a life which has the colors of your choice. Express your heart on the canvass of your life. The masterpiece gets created by lots of regular & religious practice. If you have will power issues, do read: How to Stay Motivated When you Just Want to Give Up

6) Before you start some work, always ask yourself three questions – Why am I doing it? What the results might be? And Will I be successful? Only when you  think deeply and find satisfactory answers to these questions, go ahead.

‘Mis -directed Impetuosity’ is the result of the world becoming more connected; especially in the last few years. I see people especially the youth taking very fast decisions at times. This is either because they are trying to impress a few around or want to prove a point too quick in life. This might jeopardize many a thing in the prime youth of their life.

In 2005, I left my career in Public Speaking & Motivating to go back to my hometown to start a discotheque out there. The decision was purely based on emotion of being at my hometown; as Delhi’s pace was outpacing me. Did not think deep into the above three questions. Result: I fell on face and in spite of the disco business doing well, I had to take another decision (after wasting my 2 precious years) to move to settle out of Chandigarh. I wonder- when I see so many of my friends getting perfunctory while taking critical decisions as about relationships / work / pleasure etc. The three questions said by Chanakya are becoming more & more pertinent with the world modernizing.

Ancient Indian Philosophy is very much relevant in today’s times and I’m sure it will be for millennia to come, should the human race survive. And I delight in bringing forth those lessons to the leaders and managers and entrepreneurs of today’s times. Another such text is the Bhagawad Geeta, replete with lessons for life and living. It has answer to every question a man can ask. Read on:

It’s just one precious life. You can decide how significant/ insignificant it will be. It is great to rebel. But there is no harm in living it well either. And like it or not, these age old principles actually work pretty well. You may not realize it now, but you will – when you have lived it a little more.