Why you must not post about Politics on your Social Media? 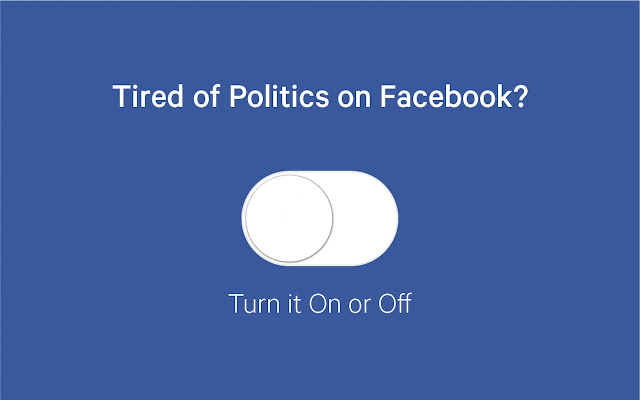 Recently my newsfeed on Twitter, FB and other places suddenly is full of Modis, Rahuls & Kejris. And it is kind of becoming quite boring. Sick and even obnoxious too at times.

The shocker is that a Punjabi guy who himself is not able to govern even basics elements of his own life has a huge opinion about Governments in Uttar Pradesh, Karnataka, Maharashtra, India and even USA. And that does not stop here. He then vehemently defends his favorite leader everywhere. Fights around to prove that what he thinks is right. Clear cut problem of erroneous priority settings and hyper-drugged mind about his idol (political party). Lots of free time and mind too.

Our Newsfeeds on Social Media and on platforms e.g. whatsapp are slowly becoming a battleground for the Social Media cells of political parties. And these guys are smart. They are creative too, funny too and pander very well to the hidden drama which each of us is seeking and secretly like in our otherwise mundane lives. The memes on Rahul Gandhi, Kejriwal, Modi or anyone else are made for such drama loving junta only.

The argument that you are Indian and have the right to post and amplify your opinions on Social Media is flawed a bit. Here’s why you must not post about politics on your Social Media :-

See- if you have political ambitions for your career / future- then it is a separate thing. If you are an aspiring journalist- then too it could be valid of you to write / share about politics on SM.

But if you are a struggling student, a professional, an entrepreneur, a housewife or if your current status cannot be determined fully (as you yourself are confused) then what the hell are you trying to do by spreading fungal infections on Social Media. It is your itch and nothing else. Your 50 something friends will like your political update and itch will get scratched. Shaanti milli? Nahin Milegi. Because fungus keeps growing and popping up every few days (sometimes every few hours).

High Internet speeds & low priced smart phones are acting like camphor to the fire of free time that majority of Indian junta has. Hyper connectivity is making it easy for us to get influenced with Sensationalism. This sensationalism further gets amplified by the cobwebbed brains of idle people who turn it into Noise usually.  Media wins, Politics wins. You & I lose.

One more unrecognised risk- You might just lose a friend, business associate or even anyone because of your front foot political expressions. High chances that you start looking upon a particular friend not as a friend less but as a supporter of Kejriwal or else more. E.g. a VP of a top Real estate Leasing company is a huge AAP supporter. His company is among the top 50 places to work in India. I so wish i had known him only as a brilliant VP of that super brilliant organization. ‘Pristine’ and not as a blind AAP supporter who posts politically lopsidedly updates @ 4 per day on FB.

My wife’s colleague is a brilliant teacher at DAV College but my first thought about him is that he is a huge Rahul Gandhi fan. When i asked him, WHY , WHY , WHY he says- ‘Rahul is the best as he is a nice person like you Akash’. Imagine if nice persons like RaGa or Akash were to become PMs of India, India will become cute and not a behemoth power. And then there is this neighbor of mine who thinks that for him – Modi is the best thing to happen to him and to India. Bhabhi ji sporadically should feel jealous of Modi considering how much mind share MODI takes of his husband’s dimaag.

Recently- I un-friended dozens of people on Social Media because of their rabid affinities to politicians. Close to un-friending scores more. Reason- I have the right to see beautiful things appearing on my Newsfeed than political memes, hatreds, bhaktis or dynasties. I will vote when during elections but i don’t want to see filth every single time i use a few apps on my phone.

Sometime back, I too was behaving similarly dumb. I realized my mistake and found that it was high time that I upgraded the settings of my mind. After that decision, i find my energies less trapped and more available for things of priority and progress. If you have free time then Run, Meditate, Read, Love, Care, Cook, Play but please for God sake –‘Gand naa phailaao’.

One Life! Not Easy, But doing it RIGHT is THE way. When you have a million dollar vision (& now with dollar at INR 70); no point doing chiddi or piddi things.