How to Overcome Fear and Build Courage 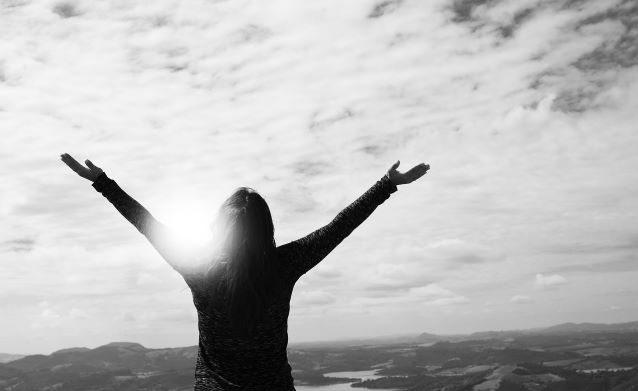 Sometimes the solution to a problem is so simple and in the face, that we don’t have the courage to go for it. This story took care of my fear of action to a great extent and hence, as I write about how to overcome fear and win courage for yourself; this story comes first:

A man went to a temple. He wasn’t very proud of his fearful nature. The temple had a few ferocious looking dogs chained up and he was worried whether it would be safe or not. But he went anyway. To his dismay when he was going down the stairs after the prayer, he saw that the dogs had broken away from their chains and were running towards him with murder in their eyes. He was scared to his wits and didn’t know what to do. He did something he thought was very stupid – he RAN TOWARDS them screaming with all his might!

You know what happened next – the dogs got scared and confused as to what was wrong with this man. And they ran away! In the opposite direction.

The lesson he learned that day, is the lesson I would like to impress upon all who feel that their battle with their fears is slowing them down in life; that their dreams are all going unfulfilled because they are too scared to take action.

For 80%+ of my school years I was raised in a village. English was very far away from where I was growing. By the time I reached my college; I had this overwhelming fear of ‘Speaking well in English’. But i decided to operate ruthlessly & fearlessly about my THIS fear and learnt the entire Oxford Dictionary during my college years itself. Had I not burnt my fear in my early years; I would not have been able to do ‘what I love doing today’. Do not delay conquering those demons. They are so easily manageable. Trust me 🙂 . And it is fun when you demolish your biggest Fears. That KHUCH SOLID KIYAA HAI LIFE MEIN MAINE waali feeling. You may want to read ‘How to Overcome Stage Fright and Fear of Public Speaking” 🙂

You will be surprised to know – if you peek deep into your own life, how often you have given in to this thing called fear. Someone beautifully described fear as nothing but False Evidence Appearing Real to us. I say false because most of our fears are imaginary. For e.g. the man who was so scared the dogs would kill him, found out that they were equally scared of him! And what is the meaning of courage then, one might ask? It is nothing but the ability to face those fears and reclaim the far more powerful life that you have imagined for yourself but also denied yourself from having it.

So, without giving further Gyaan- following is my answer to ‘how to overcome fear’ and build courage as a habit in your life:

This imaginary fear keeps our lives small, limits it to 1% living only. It makes people feel like a zero by removing those two zeroes out of our 100% lives. Try this small exercise – write down something you have been afraid of doing all this time. It could be a career shift, asking out your crush, confronting a friend, breaking up from a bad relationship, going on a solo trip, telling the truth – anything. Write it down and enlist the reasons why that thing scares you to your wit’s end. Just write it down. Without writing- ‘Nahin Hoga’.

Now pick them up one by one and see if you can tackle them. Analyse, rationalize and figure out – if they can be fought. And while doing this, it is important that you look for ways to do the thing, not reasons to avoid.

For e.g. if you are sick and tired of your job, and not following your dreams – write down 5 things that make you afraid of doing so. Financial troubles, convincing parents, what will people say, what if you fail, it is too late – could be 5 reasons.

Financial troubles – do you have savings? Will they sustain you? If yes, for how long? Accordingly, you give yourself time to succeed. That’s one problem tackled. What will people say – is I think the biggest reason majority people live their lives in the shadow of their fears. “Kya kahenge log, sabse bada rog” … How does it matter? Those people won’t come to put you to sleep when your unconsummated dreams give you sleepless nights. Throw their thoughts in the bin – and that’s the second problem tackled.

These statements and questions are all valid and important. Your fears are too. But as Ambrose Redmoon says,

Courage is not the absence of fear. But rather the judgement that something else is more important than fear.

You get the gist right? Reason with yourself. But not why you shouldn’t do something because you are afraid. Reason with yourself as to why you should muster the courage to do it inspite of all the fear because it is so very important for you. That’s true bravery; true courage. Be more afraid, if you have to be –of missing out, on a great opportunity to succeed – that was lying just outside of your comfort zone.

Talking of comfort zones, I think a lot of people keep living with their fears because it is comfortable to not struggle against mediocrity, comfortable to play safe – a stable but boringly unhappy marriage, a job that does not create fire in your eyes but pays your bills, bad health (because, some people fear work and action too). As a Motivational Speaker, I have seen them struggle with this mediocrity, because they are too much afraid of changing the status quo!

How do most people deal with it – waste time by watching TV / internet, alcohol, caffeine, overeating, indulgence and so on… for facing a fear head on, like the man in the temple – also takes courage.

Exercise 2: Building Courage as a Habit

You know – I think fear is a habit, comfort is a habit … and fortunately, so is courage. And if someone does not have this habit but wants it, it can be very well inculcated. It is like building stamina for exercise. The first day you will be breathless in a minute. But the 10th day, you will run like a cheetah.

For e.g. if you are afraid of asking someone out on a date, here’s how you can use this exercise to overcome that – the following are a few variations of the fear that you can write down

Then do them one by one. By the time you reach 9, 10th will feel more doable than it ever did before and you will certainly be much less afraid. The first few times you battle your fears, you will want to retreat back to the illusory security of your comfort zone. But if you keep exercising your courage, if you keep banging up own closed doors of bravery enough number of times, you will eventually open up to facing those fears and walking down the oft ignored but better path; the path of courage. “How to overcome Fear” is much more about a habit, a battle against a bad habit.

Just think: What would you dare to dream, be, or do if you were not afraid of anything in the whole world? It is a walk that only you can walk! And for that, you need to build a habit of walking fearlessly. (Also read – How to get Rid of Bad Habits – the Practical Way)

Celebrated author Brian Tracy makes a wonderful point about overcoming fear and building confidence. And that is, to look into the factors that predispose us to being afraid; to know why we feel afraid in the first place. He says, it is because of two major childhood conditionings – fear of failure (I can’t) and fear of rejection (I have to).

What these two fears do to us?

We feel afraid because we are ignorant of the fact that most of our fears won’t happen (imaginary fears as discussed above) and that they are mostly figments of our hyperactive, hypersensitive imagination.

How to fight this mediocrity? That’s where the 3rd exercise comes in –

Fight this ignorance – by knowing everything you can about your fear. Acquire additional knowledge in the domain of your fear. The fear of failure is often very strong in our minds; which can be tackled with a head on collision – armed with knowledge and skill. Fighting this ignorance with as much expertise sets off a chain reaction –

See what is it? Fear is not a foe. It is in fact, a friend in disguise. It will help you know the darker corners and the reasons of your impedimenta – it is an opportunity for growth.

(Also read: How to Eliminate Mediocrity from Life)

And it is only possible when one is ready to give up the “what ifs” of their life. Don’t let those “what ifs” screw your chances at glory, achievement, success, joy, fulfilment – or whatever it is that you are aiming for!

Why do you need to fight your fear?

Because being afraid is like looking at the pleasures of life in a shufti and being too much of a chicken to go after what makes you heart joyful. It matters, trust me – being happy for yourself. It matters to not sleepwalk through life. It matters to be brave because once you know this way, the scared whimsical way of life is never enough. Continuing to scurry around as a mouse will simply hold no more interest for you. And I want you to experience that, every one of you.

Lastly, please also know – that no one else will be able to fight your battle. How you choose to spend your life isn’t up to your parents, your teachers, your boss, or your partner. It is solely and only your own prerogative.

Exercise that. By using these exercises on how to overcome your fear, go and find yourself insane courage! And remember always, 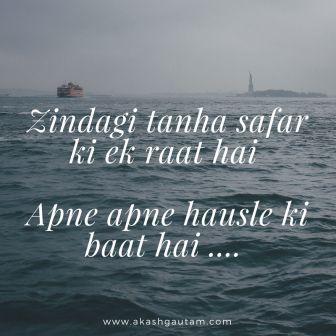 (Translation: This life is like a lone journey in a dark starry night. And you go as far as your courage takes you).