3 Successful Athlete Stories of Perseverance for Your Inspiration 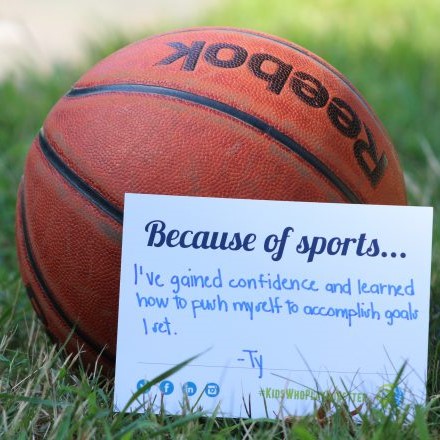 If you look at it closely, life may appear like one big hurdle race, wrought with obstacles at every point. And doesn’t matter which walk of life we belong to – the hurdle race will always be there. If you want some literal examples – we can all look at the sports section of our newspapers. It always tells tales of extreme obstacles overcome with extreme will power. In the times of the lows in life, these stories of perseverance can go a long way in boosting morale, notching up the inspiration levels and give us a lot of hope.

Such stories often come from successful athletes. We get to watch athletes perform in a way most of us could never dream of, and in doing so we get to see them achieve incredible feats. But this comes with a price. Their lives are not easy at all!

Athletes experience injuries, difficult losses, and crushing amounts of media attention and unwanted public interest, not to mention they are mostly living extraordinarily demanding lifestyles. Of course, there are perks – most high profile athletes are very well paid – but it’s not cake walk and all bed of roses! And that’s why, their stories of perseverance hit home that much harder – perhaps harder than some home runs 🙂

Sports and successful sports stories offer more opportunities for us to truly visualize perseverance. We hear about the various struggles or doubts athletes face, and then we see them push through it all to triumph on the biggest stages. Here are three stories in which watching this process has been incredibly inspiring:

It’s difficult to think of an athlete who’s overcome more than Venus Williams, nor one who’s faced obstacles on a more consistent basis. She hails from a rough neighbourhood in California, where many don’t realize her older half-sister was shot and killed in 2003.

As young players Venus and her sister Serena faced racial profiling in a sport that was more traditionally played by white players. Yet they both kept at it and became some of the best champions in the history of the sport. Even beyond that triumph, however, Venus has had to overcome personal hurdles.

For one thing, it has to have been difficult (though simultaneously wonderful) to watch her younger sister blossom into one of the greatest athletes in history. But more troublesome were her struggles with the autoimmune disease Sjogren’s syndrome, a debilitating condition that nearly ended her career. Venus, however, simply changed her diet and kept at it, and now at age 37 she’s still competing near the top of women’s tennis.

And her sister Serena Williams is extremely inspirational too. It is quite well known that she won her last grand slam while she was pregnant. Talk about you and me cribbing for small things! Their stories of inspiration are one to reckon with because they have overcome insurmountable odds to be where they are today.

Not to stick exclusively to one sport, but Roger Federer – now inarguably the best in the history of his sport – has taught us a more traditional brand of professional perseverance. He hasn’t had the obstacles in his personal life that the Williams sisters have faced – at least not that have been made public – and by all accounts seems to lead a fairly charmed existence.

That said, however, he’s also come back from injury and poor (for him) performance in a way few athletes ever had. The mid-30s are essentially retirement age for tennis players, and in the fall of 2016 Federer might have had to face that as a real possibility. He hadn’t won a Grand Slam tournament in four years; he no longer seemed to have the condition to win longer matches against top opponents; and on top of it all, he had knee surgery and cancelled the remainder of his season.

If not the end, it looked like the beginning of the end for the Swiss champion. Then 2017 arrived. Federer stormed back from injury, won the Australian Open, and asserted himself once more as one of the best men on tour. Every sports fan that there is, must have cheered for him – given what he conquered on court that day. He became the epitome of what one could end up doing – with enough will power, discipline and love for what one does; with the courage to persevere.

Now 36, he’s being referred to as a hot favorite at the U.S. Open. It’s been a truly remarkable comeback, and a reminder to us all never to give up too soon. Such stories of perseverance – are the ones that often life so endearing.

Now we’ll move away from tennis, and for that matter away from household names, to focus on a newer example of the perseverance that can be demonstrated through sport.

James Conner is a rookie in the NFL, set to play as a backup running back for the Pittsburgh Steelers. He may well have a wonderful career ahead of him. But Conner became a legend of sorts, at least among fans of American football, when he was still playing in college.

Conner played at the University of Pittsburgh, and was one of the most powerful and impressive running backs in college football. However, midway through his college career he tore his MCL during a game. While rehabbing, he was diagnosed with a form of cancer known as Hodgkin’s Lymphoma.

That was in the fall of 2015, and less than a year later he had beaten the disease and gotten in shape to play in Pittsburgh’s opening game. It’s an incredible story, and one reason that Conner had the top-selling jersey in the NFL at one point this summer, even as a rookie who’s never played a minute of professional football.

These are some of the most impressive figures in world sport. We often keep them on too high a pedestal to be able to climb up; so we do the next best thing – we admire them from below. But the challenges they’ve overcome and the improbably achievements they’ve made are definitely inspiration. If they can do such “huge” things, why should we give up? Their stories of perseverance in the face of extreme difficulties are great examples of what can happen if you just keep going.

That’s why my motto is – “Lage raho”. One of the greatest Indian saints said once – “Banat banat ban jaai” which means – if you keep at it, one day you will get there. If not these 3 then there are hundreds of examples out there for you to take inspiration from. No matter where you look, you will find victories – even in losses. The only point is – what do you decide to take away from those inspiring tales of success?

Go make your own awesome story!